Due to the rising number of COVID-19 cases in both Texas and Brazoria County, we have made the difficult decision to close our lobbies beginning Wednesday, June 24th, until further notice. We want to be a part of the solution for our community and keep everyone safe and healthy. We will conduct all teller transactions at the drive-thru windows, including Shared Branching, and our hours will not change. You can view the hours here. Member Service Representatives can be seen by appointment only, and a mask will be required before entering our buildings. Please call us at (281) 331-2253 to make an appointment. We appreciate your understanding and cooperation! Stay safe and healthy! 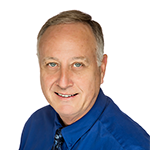 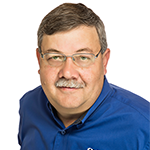 Board Chairman Tommy King has appointed the Nominating Committee for the annual election of directors
at the 2019 Annual meeting, March 26, 2019. Two positions are to be elected.

Credit union members seeking election must submit a nomination request to the Nominating
Committee by December 7, 2018. Nomination forms may be obtained from any Chocolate Bayou office.

We're here to help finance your next vehicle, home repair, and more. Loans are available for any purpose.